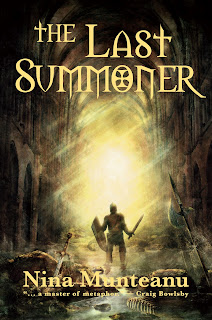 Nina Munteanu’s The Last Summoner is now a Canadian Bestseller on Amazon.ca under "Historical Fantasy". It was ranked #1 since August 29, 2012.
Nina's Historical Time Travel Fantasy is available at Amazon.com, Amazon.ca, The Book Depository (UK), Barnes & Noble and Chapters and other quality bookstores near you.
Every Choice Has Its Price… 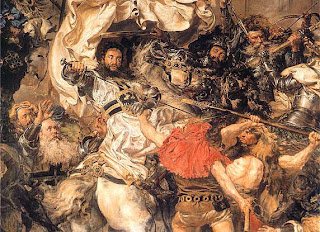 On June 14th, 1410 in Grunwald, Prussia, one of medieval history’s most decisive battles is about to destroy the powerful Teutonic Order, slaughtering virtually all its monk knights. How would history have changed if this arrogant order had not underestimated its enemy and had instead won to continue sweeping through north-east Europe in its ambitious crusade for Christendom?
As a result of an impetuous choice, young 14-year old Vivianne Schoen, Baroness von Grunwald, makes the startling discovery that she can alter history—but not before she’s branded a witch and must flee through a time-space tear into an alternate present-day France ruled by fascists. There, she will learn that every choice has its price.
Nina Munteanu is ”…A master of metaphor.”— Craig Bowlsby

Thank you for sharing this information .