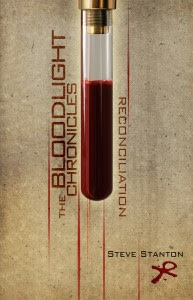 Steve Stanton's debut novel has now gone to the printer and will be in bookstores soon, with back-cover blurbs by Elisabeth Vonarburg and Matthew Hughes. This postcyberpunk "techno-thriller" is published by ECW Press in Toronto, the first book in a contracted sci-fi trilogy. Steve Stanton's short fiction has been published in twelve countries and nine languages, and he currently serves as the vice-president of SF Canada.