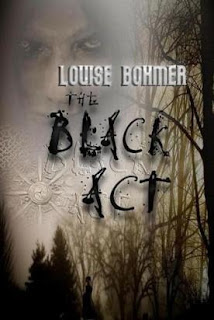 From the back cover:

The history of a curse is fraught with bloody battles, bitter hatred, and dark secrets.

Through five generations, ghosts of war haunt the Wise Women. When the Rebellion of Glenna ends, their curse sleeps bound in the Tunnels of the Dead, waiting for its chance to re-awaken the battle between the Wood People and Dalthwein Clans.

Claire, a distraught young Wise Woman born in the sacred valley of the fae, unwittingly helps it escape imprisonment. While her twin sister, Anna, receives psychic glimpses of ancient secrets she must unravel. With her scribe teacher, Rosalind, she also struggles to uncover the reasons behind Claireʼs strange behavior, ever escalating since the death of their Guild Mother, Grianne.

The Age of the Wise Women will cease, if the curse does not end with Anna and Claire. Perhaps inheriting the mistakes of their ancestors, and learning the truths of their identities, will bring great suffering for these witch twins?