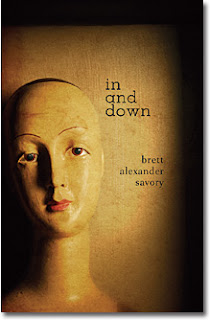 Brett Alexander Savory's novel In and Down (Brindle and Glass Publishing) will be officially launched on Friday, September 21, at 7 p.m. at The Victory Cafe, 581 Markham Street, Toronto.

The novel recently received a starred review in Quill and Quire. Michael Rowe called it "one of the most stunning and original Canadian literary debuts of the year."

The launch is open to anyone who wants to attend.
Posted by Edward Willett at 1:42 p.m.