Colleen Anderson's poem “The First Taste” will be published in Dreams and Nightmares in January 2008. Says Colleen, "It’s part of a Greek revisioning (or not) series and the first of that ilk to be sold."
Posted by Edward Willett at 11:23 a.m.

Karl Schroeder's novel Sun of Suns (Tor) is one of the finalists for this year's John W. Campbell Memorial Award for the best science-fiction novel of 2006.

The award will be presented during the Campbell Conference Awards Banquet at the University of Kansas in Lawrence, Kansas, in conjunction with the Sturgeon Award.

Here's a description of the book:

When thirteen year old Graeme Hulis and his father immigrated to Toronto Canada from England, it was because Allison, a Canadian girl and her mother encouraged the immigration. But Graeme is totally unprepared for the unusual challenges that await him in Toronto.

A heart stopping eerie experience in a Toronto rooming house changes his life and arouses his interest in the unknown.

Without prior warning his father disappears, leaving behind a note that suggests abduction; and Graeme realizes that he himself might be stalked.

At school he befriends Norman, a Jamaican boy with whom he confides his concerns regarding his missing father, and also some explosive information he recently discovered in the diary of his long dead mother.

As a result of these findings, the two boys, and Allison soon find themselves in confrontation with the unexplained. It seems to them that entities from alien lore and folklore are united in a conspiracy to prevent them from finding out the truth about Abductors.
Posted by Edward Willett at 11:17 a.m.

As well, a story (which, Ursula says, must remain unnamed) will appear in Zencore: Nemonymous Seven, part of a UK-based anonymously authored anthology series edited by Des Lewis.

Notes Ursula, "Lewis is running a fun promotion in which readers who can pair stories with their authors (both of which are listed, but not together) receive a free copy of the book, which has the wonderful subtitle Magic Reality. I might have got that wrong. Mr. Lewis himself can explain it better to those who are interested, or see the Wikipedia entry."
Posted by Edward Willett at 11:36 a.m.

At SF Canada's annual general meeting on May 17, the following new executive members were elected:

The 2007 Academic Conference on Canadian Science Fiction and Fantasy will take place on June 9, 9:30 a.m. to 5:30 p.m., at the Merril Collection. Peter Watts will give the author keynote address, and Peter Fitting is the academic guest speaker. Registration (at the door) is $15 regular, $10 for students and members of the Friends of the Merril.
Posted by Edward Willett at 10:37 a.m.

Allan Weiss reports that the spring issue of On Spec, which will be out soon, contains "Making Light," his second story featuring Jewish wizard Eliezer ben-Avraham.

Allan also notes that over the past few years he's created three undergraduate courses on SF at York University, and he is in the early stages of proposing to teach his first graduate course in the field--on utopian/dystopian literature--in 2008-09. "Next year will be my third in a row of teaching nothing but SF," Allan says. During 2005-2006, while on sabbatical, he gave six conference papers, including four on Canadian SF, in such diverse places as India, Scotland, and Finland.
Posted by Edward Willett at 10:34 a.m. 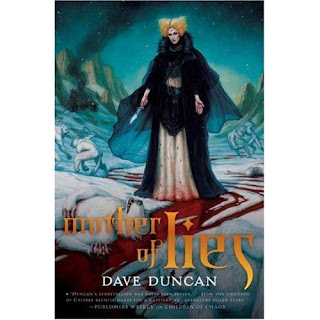 Dave Duncan's novel Mother of Lies (Tor), sequel to Children of Chaos and the wind-up of the series, is now on sale.

Several members of SF Canada attended Write On, Vancouver, a conference held by the Vancouver Chapter of the Romance Writers of America. Author Nancy Kress was the keynote speaker, and other guests of honour included Bantam Dell editor Anne Lesley Groell and local agent Sally Harding. 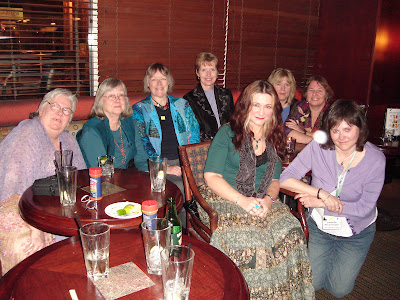